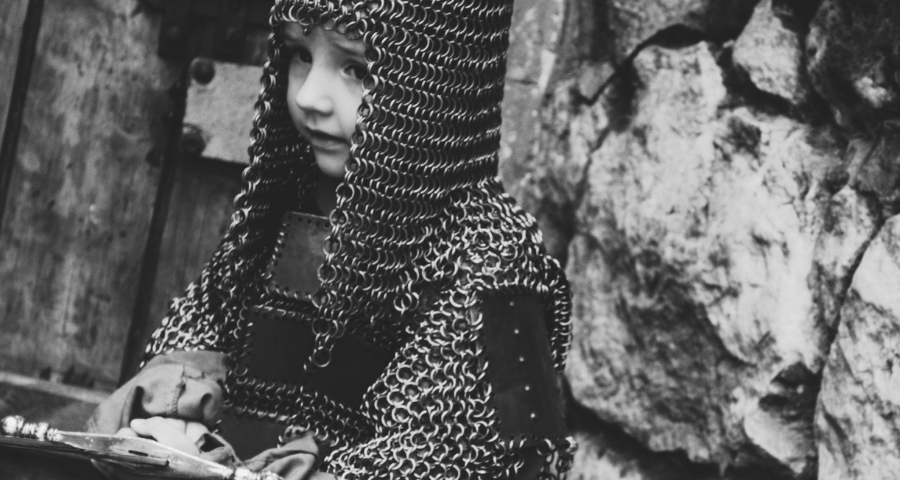 The October classic, the World Series, just ended: the Boston Red Sox have emerged as the “World Champions.” So many eyes were glued to their TV sets in great anticipation, wondering if their team will prevail. Now, Boston fans are filled with joy and ecstasy, while Dodger fans are filled with bitter disappointment. But there can only be one “Champion", at least in a sports competition. And thus, this concept is what frames our modern concept of Champions.

Historically, the concept of a “Champion” was quite different, but still has application in our current culture. The word originates from Old French, medieval Latin “campio,” which simply means “fighter or warrior.” A campio was the very best warrior, typically a knight who fought in single combat on behalf of a monarch or a person of power and prominence. Their battle or fight was on behalf of some person, belief or cause. An example which comes to mind was depicted in the book Ivanhoe. There was a scene where the evil Bishop, Lucas de Beaumanoir, had captured the Jewess, Rebecca, and was preparing to burn her on a stake, unjustly accusing her of being a witch. Her only deliverance was to have a Champion fight de Beaumanoir’s Champion, Templar Knight Brian de Bois-Guilbert, to the death. Of course Sir Wilford of Ivanhoe came to her rescue and prevailed.

From my perspective, there is a vast difference between a sports figure or team which has been crowned “Champion” and somebody who has put their own life or reputation in peril to Champion a cause or the life of another. In our self-centered, narcissistic society, there are far too few real Champions!

In my lifetime, Dr. Martin Luther King Jr. would certainly be the most notable, genuine Champion. Here is a man whose passion for the freedom and equality for all men and women, resulted in incredible selfless sacrifice, hardship and eventually took his life. Millions of individuals have benefitted from Dr. King “Championing” their cause, even though so much yet needs to be accomplished. Another Champion in my book is Marian Wright Edelman, the founder of the Children’s Defense Fund. Mrs. Edelman has been an advocate for children’s protection and rights, and disadvantaged Americans for her entire professional life, with great accomplishment. Let’s not forget the likes of Mahatma Gandhi and Nelson Mandella, both tremendous Champions.

As most of you know, I have worked in the Human Services field for a long time, now into my fifth decade. What I have found to be very discouraging is the conspicuous lack of true Champions for foster youth and children suffering from mental illness, let alone the poor, disabled and disenfranchised, especially in the “Halls of Power!” It is common knowledge, legislators and power-brokers are driven by money, special interest and ideology--not heart or passion for the wellbeing of others. Foster kids, foster parents and the parents of mentally ill kids don’t have lobbyist or big checkbooks to bribe legislators! Consequently, they don’t show up on anyone’s radar screen unless there’s a dire crisis or lawsuit! In nearly 50 years, I can count on one hand and maybe a few fingers, how many genuine legislative Champions have taken up the cause of our kids and families. It is really disheartening and disgusting!

Nonetheless, there have been a few true Champions for foster youth in recent times, most notably, John Burton our former state Senate Pro Tem. Mr. Burton served in the state Senate for eight years, the state Assembly for 16 years and then U.S. Congress for eight years. During that time, he established himself as a force to be reckoned with as a passionate Champion for the disenfranchised and less fortunate. After leaving the state Senate, Jon Burton, through his John Burton Foundation, almost single-handedly created the Transitional Housing–Plus program for former foster youth, and made sure that there is a stable base of funding for the program! And then Congresswoman Karen Bass has emerged as a genuine Champion for foster youth in the U.S. Congress, but her efforts have been dismissed or overlooked because she is a Democrat!

We need Champions; strong, fearless individuals willing to put everything on the line for a greater good, cause or public benefit. Frankly, this is a tremendous challenge in our hostile, hateful, conspiratorial, polarized, self-centered culture; but it is not insurmountable.

So what makes a Champion? From my perspective, there are seven characteristics which are essential ingredients:

History has shown us, if we are ever going to make significant improvements to the quality of life, health and safety, security and the pursuit of happiness for all Americans, it is going to be on the backs of Champions. Our country was founded and preserved by Champions. Every significant positive social change since our founding has been at the hands of relentless Champions. Not everyone is going to be a Champion, but there are many of us who can and should be. It is time for us to dust off our armor, get prepared for battle and jump into the arena while we can, before the fight is finally over!