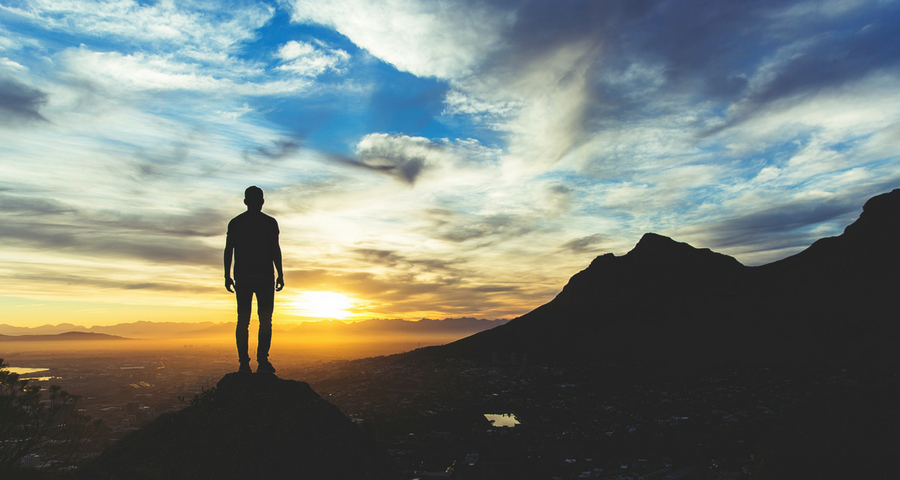 As the Family Care Network moved toward and crossed its 30 year milestone, I was asked a lot of questions, such as: how does it feel to hit this anniversary, did I ever imagine FCNI would become what it has, am I planning to retire; what my future plans are, and so on. Probably some of the most important questions to me, however, were: why are you so driven, what has kept me going all these years, and what has been my best memory? Not surprisingly to me, the answer to all of these questions is the same—CHANGED LIVES!

During our celebration week, one of our employees came to me with a great story. Earlier that day she had car troubles and had to call a tow truck. Car in tow, she was riding to the car repair facility in the truck when the driver asked where she was going, thinking she might be a student. She told him she worked at Family Care Network and had just seen one of her clients. He paused and gazed at her. “The Family Care Network?” he inquired, “Is Jim Roberts still there?” She affirmed that I was still alive and kicking, and he proceeded to tell the story of being placed in foster care with us when he was a young teen. He further went on to point out that his foster parents are still his mom and dad!

Obviously, he shared his name and gave me a card with his phone number. Here is a genuinely Changed Life. This kid was a challenge to say the least. He was not only a court dependent, but he was also on probation, because he deserved to be. Now, 20 or so years later, he’s a responsible adult, married with a family and a good job. His foster parents have long since moved out of state, yet, they never broke their relationship with him, nor their care and support of him. This example of a changed life is the essence, the soul and the heart of the Family Care Network.

I grew up on a steady diet of, “it is better to give than to receive,” “give, and give generously,” if not you, then who else will do it,” and of course the Golden Rule “do onto others as you would have them do unto you!” I wish this way of thinking was infused and embedded into the hearts of everyone; what a better world we would have. I have shared in my writings on many previous occasions a quote from Winston Churchill which I learned decades ago in my youth, “We make a living by what we get, we make a life by what we give.” I would embellish this to say “we change lives by what we give.” Giving is the source of positively Changing another’s Life.

Take for example the story I shared above. Here was a traumatized young man with no family, aimless, and careening towards more pain and despair. But because of the Family Care Network, he was given a stable foster family which became his permanent family; he was given counseling, encouragement, support and, most importantly, a sense of hope and direction. Was this transformation an easy process? No! Giving requires sacrifice--sacrificing time, sacrificing emotion and sacrificing self. Giving is not about getting! Giving embodies the intrinsic quality and satisfaction of doing what is right with no expectation of reward.

I love the words of Iraq War Vet and writer, John Holmes: “There is no exercise better for the heart than reaching down and lifting people up.” Giving is a vocation; it is a lifestyle that positively Changes Lives. Remember, a kind gesture can reach a wound that only compassion can heal. But you will never know until you act, until you make that gesture!

The process of rendering a Changed Life requires patience, and no expectations for immediate change. It took me a long time to realize this fact. Having worked within the Human Services industry for the better part of five decades, I know very well that the process of change takes time, and sometimes lots of it! But this investment of time should never serve as an obstacle or a deterrent that arrests our efforts.

I wish I had enough space to share some of the many stories I’ve witnessed over the years; the instances were seemingly hopeless individuals turned around, and the times where the seeds of change were planted but took years to come to fruition. Maybe someday I’ll write a book–it would be most uplifting and encouraging!

One such story concerns one of our first Family Care Network placements. This young man was so challenging to his foster family and my staff. Obstinate, rebellious, deviant and very unmanageable most of the time. His foster parents endured him for over a year until he went to live with some shirttail relative. I’m sure that there was a huge sigh of relief when he left our care. Years later, I received a call from our receptionist that this young man was there to see me. I wasn’t sure whether I should slip out the back door or take the risk to engage with him. I did the latter and was delighted I had. Standing before me was this tall handsome man who immediately extended his hand, apologized profusely for his behavior, thanked me, and went on to tell me his amazing story. As I suspected, it had been rough, but those acts of giving and caring--those seeds of change we helped plant--finally sprouted and blossomed. He had a great job, a wife and kids, and was full of hope. Wow! I was left stunned, and very blessed by his words!

I seriously cannot imagine what it would be like to go through life as a self-centered, narcissistic with no compassion for others. We have all known them and have even experienced them in powerful political roles. But these types of people are not to be envied. They contribute nothing to the good of society and only create more chaos, more pain and do damage to others. Plus, they never will know the gift which only comes from sacrificial giving, the blessing of experiencing positively Changed Lives.

Cicero wrote the words, “Non nobis solum nati sumus,” which means, “Not for ourselves alone are we born.” This sentiment should become an axiom, a maxim which every parent teaches their children. Everyone is here for an express purpose, to seek not what they can do for themselves, but what they can do for others. In doing so--I can attest--they will see positively Changed Lives, and experience the greatest reward of all!

Never underestimate the difference you can make in the lives of others. Step forward, reach out and help.