The Dismantling of Vital Services to California’s Children & Youth 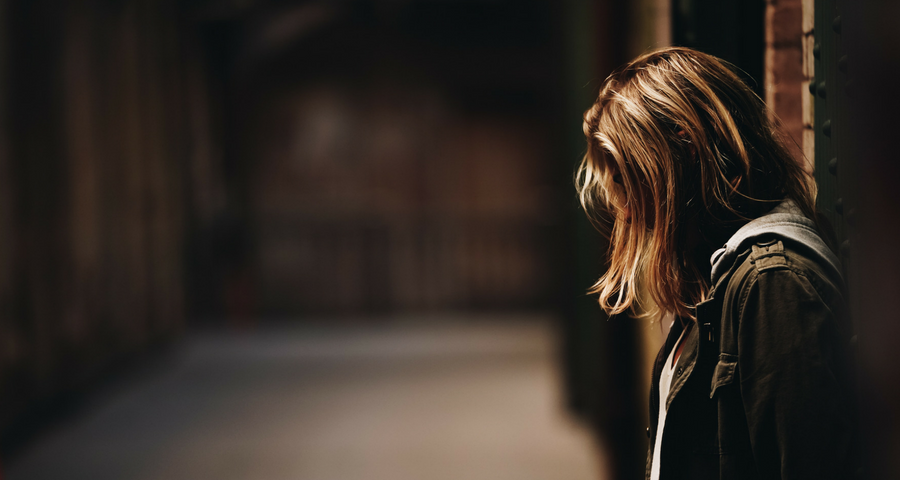 Every day it seems, the clinical staff at the Family Care Network are exercising their most imaginative and creative thinking in an effort to figure out what to do with youth referred for placement whose behaviors are so extreme that no one wants them. How would you like to take into your home a young lady who was removed from the “highest level of care and treatment” group home for assaulting staff and other foster youth? Or a youth addicted to heroin and other substances, who refuses help, and who can become assaultive and continually runs away to get high? Or tragically, a teenage girl who has learned how to make lots of money by selling herself for sex using social media, who slips out every evening to turn tricks, and when in group care, attempts to persuade the other girls to do likewise? Would you be hesitant to foster these youth?

These youth are our reality! Every week, our agency is renting motel rooms or finding space within our housing units to place youth with these behaviors with 24/7 awake supervision. Why? Because California has systematically dismantled our Children’s System of Care to the point where there are no--or very, very few--options for these youth.

In the late 70s, California implemented “deinstitutionalization of ’status offenders’” because juvenile institutions were extremely overtaxed and overcrowded. For those who don’t know, “status offenders”, are the runaways, truants, incorrigible and defiant youth whose only offense is being a rebellious, noncompliant minor. Certainly, if a youth has not committed a crime it is hard to justify institutional care. But, on the other hand, by not making them wards of the state, the system was basically undermining parental authority, and, as a result, unleashed a large population of rebellious youth on society who knew no one could stop them!

Under the Reagan governorship in the 90s, California began to de-institutionalize it’s locked state hospital system, sending hundreds of severely mentally ill patients back into the community. During this time, severely mentally ill children had been placed in these hospitals. Camarillo State Hospital had operated as the primary children’s mental health hospital, but it closed in 1997, shifting most of its young, mentally ill patients back into the community.

In 2008, the last child was removed from the state mental hospital system. I have a stark, sobering memory of this event. I happened to be attending a conference where the state Director of Health Care Services was lauding the fact that all children have been removed from state run locked mental health facilities. Within moments of her comments, I received an email that one of our former clients, a severely mentally ill girl who had just been released from the state hospital, threw herself in front of a truck and died. I shared this email with that director. She had no comment!

To replace state hospitals for kids, the state created a licensed facility known as Community Treatment Facilities (CTFs). CTFs are privately operated, semi-locked facilities intended to provide the treatment and supervision these youth needed. At one time, the state had six to eight CTFs, but now there are only two. The rest of the CFTs closed due to fiscal challenges resulting from state funding cuts and staffing difficulties; the two that remain open have long waiting lists. The total CTF capacity in California is less than 100, for the most populous state in the country!

Another consequence of closing state hospitals, reducing CTF capacity and providing no new alternative resources while shifting youth back to the community, is the dramatic increase in the severity of behaviors exhibited by the youth who finally do get placed. A recent article in the “Chronicle of Social Change,” quoted a CTF worker describing one of their clients, her sharing how the client “...constantly ripped out her eyebrows and toenails and would swallow batteries as a result of severe trauma caused by abuse. Though 16 years old, the teen acted more like a toddler and required nearly constant monitoring!” This client is not too dissimilar from the type of kids referred to our agency on a regular basis.

The California Youth Authority (CYA) has for nearly 100 years, been California’s confinement and rehabilitation service for serious juvenile offenders; in essence, California’s prison system for kids. In 1996, CYA population peaked at nearly 11,000 juvenile wards. CYA was expensive and grossly mismanaged. In order to reduce the CYA budget, California passed SB 681 and began charging the counties for each juvenile offender sent to the Youth Authority on a sliding scale, with the least-serious offenders being charged the full state cost, and the most serious offenders a nominal fee. Consequently, this reduced the CYA population rather dramatically, keeping more juvenile offenders within their communities. In 2007, again due to a state budget crisis, AB 81 was passed, which was designed to shift most of the CYA population back to the community, with an infusion of additional funding to Probation and local law enforcement. Today, the CYA population is slightly over 10% of what it was in 1996!

About seven or eight years ago, California embarked upon its “Community Care Reform” (CCR) process, a monumental effort to reform the state’s foster care system with the goal to move as many foster youth out of expensive group homes to community-based, family-based care, under the guise of “Congregate Care Reform!” Under AB 403 (2012), California’s traditional group homes are being phased out, and replaced with Short-Term Residential Treatment Programs (STRTPs). AB 403 specifies that “temporary stays in the new type of facilities (STRTPs) for high-needs youth will be followed by placements with resource (foster) families—residential arrangements that will be able to safely meet the needs of youth in the community.” I think this was someone’s pipedream not based in reality!

The shift from group homes to STRTPs has resulted in a substantial decrease in the number of residential facilities able to serve foster youth manifesting extreme, challenging behaviors. Additionally, where are the “Resource Families” that will be able to “safely meet the needs of youth in the community.” Once again, California Public Policy decisions are leaving the state with fewer resources, when in fact, we need more!

When confronted with the need for more placement options for these behaviorally challenging youth, the State Department of Social Services response is “agencies just need to learn Trauma-Informed Interventions”, like it’s some kind of magic wand guaranteed to cure them! This idea is either extreme naïveté, or blatant stupidity; I suspect the latter. My organization has been providing a full array of Trauma-Informed Interventions for a long time. Yes, they are excellent tools for clinicians, but they are not a panacea by any stretch of the imagination.

How did we get in such a state of diminished services for children? Money! Every policy or program change described above, was the result of reducing cost and saving money at the expense of children. It has been a brutal ruse, touting “progress” to hide the real motive – cost-cutting! During the same period of time, the state budget has blossomed to the benefit of politician’s pet projects, special interests and unions. Our current governor has never been concerned with kids or human services – ever! He is more than willing to spend billions of dollars on bullet trains to nowhere, while refusing to spend a dime to enhance the safety, health and wellbeing of our state’s children. Our state legislature is equally inept. What does this tell you about our state’s priorities?

Our communities are now faced with a huge challenge of how to take care of our severely traumatized and disturbed children and youth with very few resources to do it. I believe we have three things we must do: 1) We must mobilize the community to create our own resources and solutions, and not wait for the state or feds to do it; 2) We must educate the public, and make them aware of the deplorable condition of state services and programs for children and youth; and 3) We must fight like hell on behalf of these kids – they deserve nothing less!