A Time for Leadership 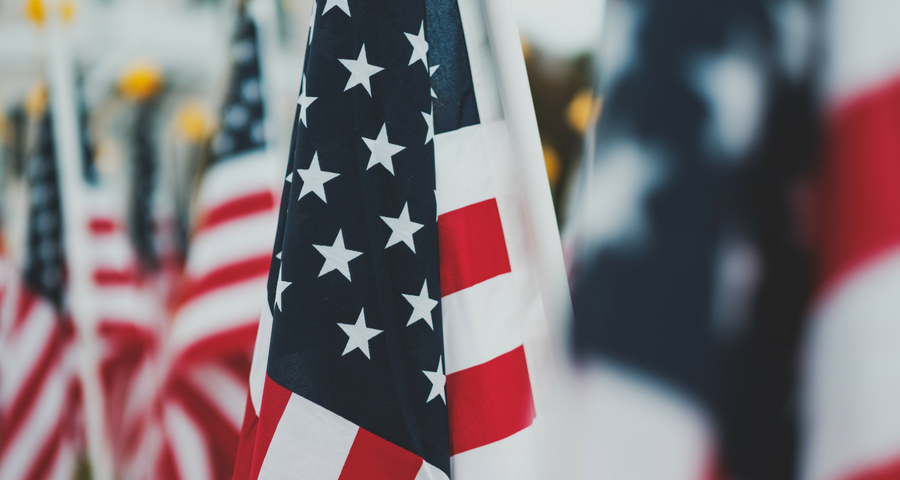 Over the past couple of decades, I’ve had the opportunity to provide a number of workshops and lectures on the importance of organizational Leadership. It goes without saying, every organization is a reflection of its leadership. This standard holds true for government as well. The passing of Senator John McCain this past week pushed me into a very contemplative frame of mind. As I ruminated on his life and impact, one word dominated my thinking – LEADERSHIP!

The late Peter Drucker, the Godfather of American Management and Leadership, once made a blunt declaration, “Only three things happen naturally in organizations: friction, confusion, and underperformance. Everything else requires leadership.” So, let’s focus on these three things: Friction, Confusion, and Underperformance – what an apt description of today’s White House and Congress. Why? Because there is no true Leadership!

At risk of offending some of you, our country is suffering from a severe Leadership vacuum. Our president is no leader, he is an amoral, corrupt, incompetent narcissist who is too obsessed with himself to provide any effective Leadership. Congress is no better; maybe even worse. There are no leaders, only followers: self-centered individuals following the money, following the dictates of their ideological tribal system and following their own greed and self interest. There is a distinct lack of moral integrity, compassion and commitment to the greater good of all Americans.

I believe there are some excellent Leadership lessons we can learn from the late Senator John McCain. Mind you, I have not always agreed with his political beliefs, but I have always respected him for the integrity, character, convictions, tenacity and Leadership he brought to Congress. Losing him is grievous indeed, there is no one standing in the wings to take his place.

It goes without question that Senator McCain had the greatest respect for America and for what it stands for. His passion for the American ideal was certainly the driving force in his decision-making, Leadership, and serving as a legislator for nearly four decades. These quotes from Senator McCain articulate this well: “In prison, I fell in love with my country. I had loved her before then, but like most young people, my affection was little more than a simple appreciation for the comforts and privileges most Americans enjoyed and took for granted. It wasn't until I had lost America for a time that I realized how much I loved her. [...] I loved what I missed most from my life at home: my family and friends; the sights and sounds of my own country; the hustle and purposefulness of Americans; their fervid independence; sports; music; information--all the attractive qualities of American life. But though I longed for the things at home I cherished the most, I still shared the ideals of America. And since those ideals were all that I possessed of my country, they became all the more important to me.” -Faith of My Fathers: A Family Memoir

"Our political differences, no matter how sharply they are debated, are really quite narrow in comparison to the remarkably durable national consensus on our founding convictions." -The Restless Wave: Good Times, Just Causes, Great Fights

True Leaders, lead with Clear Values and Heart – their passion, empathy and selfless drive are inspirational, catalyzing others to follow suit. I like to say, Effective Leaders “lead with a compass and not by radar.” They have a very well-established sense of direction based on values and heart, versus those who lead by radar, (i.e., constantly changing in response to external stimuli).

The partisan tribalism that dominates American politics is a sad indication that our legislators and those who elect them, have lost the big picture “common good” view embraced by our Founding Fathers. In this environment, actions and activity are driven by two motivators: 1) being re-elected at any cost or compromise; and 2) money – keeping the oligarchs who fund campaigns happy at the expense of everyone else in America (i.e., the GOP tax bill). Senator McCain was definitely a “maverick” in the sense that he operated from a different paradigm; embracing something bigger and greater and not being self-serving. Effective Leaders know how to “see from the balcony,” understanding and leading from the big picture view. Consider John’s comments:

“Nothing in life is more liberating than to fight for a cause larger than yourself, something that encompasses you but is not defined by your existence alone.” -Faith of My Fathers: A Family Memoir

“Glory belongs to the act of being constant to something greater than yourself, to a cause, to your principles, to the people on whom you rely and who rely on you.” -Character Is Destiny

“America has made mistakes. We haven’t always used our power wisely. We have abused it sometimes and we’ve been arrogant. But, as often as not, we recognized those wrongs, debated them openly, and tried to do better. And the good we have done for humanity surpasses the damage caused by our errors. We have sought to make the world more stable and secure, not just our own society. We have advanced norms and rules of international relations that have benefitted all. We have stood up to tyrants for mistreating their people even when they didn’t threaten us, not always, but often. We don’t steal other people’s wealth. We don’t take their land. We don’t build walls to freedom and opportunity. We tear them down. To fear the world we have organized and led for three-quarters of a century, to abandon the ideals we have advanced around the globe, to refuse the obligations of international leadership for the sake of some half-baked, spurious nationalism cooked up by people who would rather find scapegoats than solve problems is unpatriotic. American nationalism isn’t the same as in other countries. It isn’t nativist or imperial or xenophobic, or it shouldn’t be. Those attachments belong with other tired dogmas that Americans consigned to the ash heap of history. We live in a land made from ideals, not blood and soil. We are custodians of those ideals at home, and their champion abroad.”  -The Restless Wave: Good Times, Just Causes, Great Fights

Senator McCain had the guts and tenacity to stand up for what he believed was right, even opposing his own party at times. Peter Drucker put it this way, “Leadership necessary to shape the future demands courage. It demands work. It demands nerve. But it also demands faith.”  John McCain had incredible courage and nerve, coupled with incredible faith!

“We are taught to understand, correctly, that courage is not the absence of fear, but the capacity for action despite our fears.”  -Character Is Destiny

“Ironically, for someone who had so long asserted his own individuality as his first and best defense against insults of any kind, I discovered that faith in myself proved to be the least formidable strength I possessed when confronting alone organized inhumanity on a greater scale than I had conceived. I discovered in prison that faith in myself alone was ultimately no match for the cruelty that human beings could devise when they were entirely unencumbered by respect for the God-given dignity of man. Only faith in God could sustain me through this torment.”  -Faith of My Fathers: A Family Memoir

Finally, effective Leaders have brains. They value knowledge, expertise and ideas tempered by wisdom and compassion. Senator McCain was truly such a leader. He had strong moral fiber and integrity, quality of character and true depth of wisdom. More great words from John McCain to ponder:

"Our great power does not mean we can do whatever we want whenever we want, nor should we assume we have all the wisdom and knowledge necessary to succeed." -Character Is Destiny

"Our shared values define us more than our differences. And acknowledging those shared values can see us through our challenges today if we have the wisdom to trust in them again." -Character Is Destiny

There was a time in American politics where we looked up to and revered our elected officials. Senator John McCain may be the final representative of this class, at least for a season. It is a Time for Leadership. More than ever, our country needs strong moral Leadership as we begin to drown in the rising tide of tribal self-interest, greed, corruption and wholesale disregard for the principles and precepts on which our country was founded. As we mourn the loss of this great American, let’s remember the beautiful words he has left us with!

“The moral values and integrity of our nation, and the long, difficult, fraught history of our efforts to uphold them at home and abroad, are the test of every American generation. Will we act in this world with respect for our founding conviction that all people have equal dignity in the eyes of God and should be accorded the same respect by the laws and governments of men? That is the most important question history ever asks of us.”  -The Restless Wave: Good Times, Just Causes, Great Fights