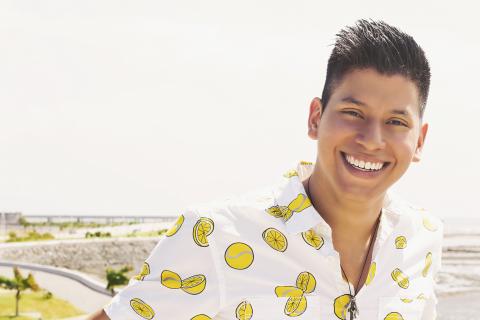 TJ spent most of his adolescence in foster care, and as he neared emancipation, he wasn’t sure what kind of future he could have. His parents, both having lost custody of him due to their unwillingness to get treatment for their mental health issues, never provided him with a good example of responsible adulthood. And while he had connected well with his foster family, he felt really unprepared for what would come after care. Could he go to college? If so, how did he enroll and pay for it? How would he balance working and going to school? Where did he even begin?

TJ transitioned into THPP his senior year of high school to receive important support services and learn essential life skills. Coming into care, TJ was really confused and fearful of independent living and college. In team meetings, he’d quickly become overwhelmed and voice his hopelessness. His team stressed the importance of him setting and tackling only one objective at a time, helping him to be realistic yet optimistic. TJ was connected to a lot of resources in care, but he responded most favorably to ILP. As a kid with a lot of uncertainties, the support groups and interactive workgroups that he attended through ILP helped him to not only connect with other teens, but gave him a better understanding that he wasn’t alone—there were a lot of kids in his shoes trying to make a life for themselves out of some really difficult circumstances.

TJ also connected well with his ILP worker, Theo. Entering into the program, TJ had no idea what his options were, so Theo sat down with him one afternoon and went through every question TJ had—from enrolling in school to what resources he could get to help him stay in school while he worked. His ILP worker mapped out everything, and together, he and TJ completed his financial aid paper-work so he could enroll in community college following his high school graduation. His ILP worker also offered to visit the college with TJ, helping him set an appointment with a student advisor. TJ appreciated all of the one-on-one time he received from Theo, and his team could tell that he was slowly feeling more confident that he could do this “adult/ college student thing.”

ILP has been TJ’s favorite resource while in care, and he’s grateful that he’ll stay connected to services until he’s 21. Through ILP, TJ’s has learned how to budget his time and money; has been connected to valuable resources such as TAY-FAP and on-campus tutoring; and has made lasting friendships with other youth fighting similar battles— probably the most helpful aspect yet. While he still has concerns, he’s much more confident knowing he’ll have the help he needs when he needs it.