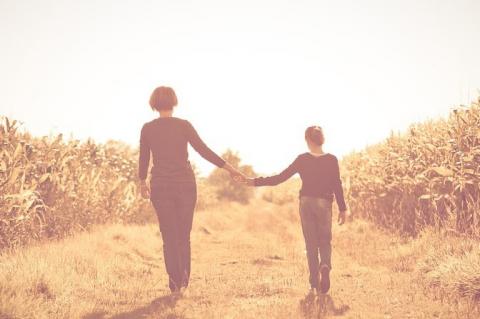 When she was seven years old, Zoe went to live with her older half-sister after her parents were incarcerated. After several months, Zoe hadn’t adjusted to her new circumstances well; she was throwing long, violent tantrums at home, mostly when getting ready for school. School was such a trigger for Zoe, that her sister, at a loss for what to do, would keep her home instead of making her go, which greatly jeopardized Zoe’s education. At risk of losing her school placement, Zoe was referred to MHSA-FSP where she was matched with a Behavioral Health therapist and provided Rehabilitation Specialist support.

The goals of the MHSA-FSP team when they first met with Zoe and her sister were to help with them establish a more positive relationship, and help Zoe develop healthier coping and communication skills. When the MH therapist started working with Zoe’s sister, it became apparent that she had very high mental health needs. When she voiced how hard it was to care for Zoe on her own, the team decided that it was in the best interest of both Zoe and her sister to move Zoe into the care of her Great-Aunt. While it was another change for Zoe, the team and her sister all felt that it would be the best for Zoe’s long term stability.

Again settled into a new home, Zoe continued to have severe tantrums, especially before or at school. She struggled with her peers and teachers, so her team wanted to help equip Zoe with the tools she needed to express herself more appropriately and to employ better coping skills. Her MHSA-FSP team also focused on helping Zoe improve her interpersonal and social skills, and establish healthier boundaries, hopeful that in time, Zoe could make positive connections with her teachers and class-mates. Additionally, Zoe and her Great-Aunt participated in family therapy where they learned how to communicate more positively with one another to help foster a stronger relationship between them. Zoe’s Great-Aunt really adores her, and her commitment to Zoe and the team process reflected that. Zoe also recognized her Great-Aunt’s care, which did wonders for improving Zoe’s commitment to the team as well.

With time and consistent support, Zoe really improved in care; she significantly reduced her tantrums which greatly improved her school attendance and performance. She and her Great-Aunt also built a strong bond, which showed in their ability to support one another. Zoe’s Great-Aunt learned positive parenting skills that helped her meet Zoe’s specific needs. While every day includes new challenges, especially as Zoe starts to enjoy more social interactions and her Great-Aunt must work on trusting Zoe’s independence more, the two have made a solid home together; a safe place that will always be there for Zoe, no matter what.