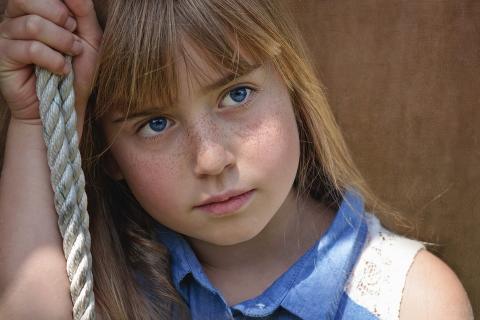 Following her father’s sudden passing, Jenny’s life changed drastically. Her mother took a new job that required her family to relocate and move in with her grandparents. Adjusting to a new home, with more people and a new school, was difficult for Jenny, already an emotional eight year old. Jenny’s behaviors became increasingly more difficult, and she was having physical and verbal outbursts daily which made learning impossible. Jenny was referred to the SBMH program in hopes that increased mental health support would help her stabilize her behaviors and heal from the trauma impacting her life.

SBMH matched Jenny with three critical resources—a Mental Health therapist, an in-class Rehabilitation Specialist and a Resource teacher all trained to meet her specific needs. The challenges for her SBMH team were building a positive relationship with Jenny, earning her trust and helping her see how improving her behaviors would enable her to learn more, participate more and, thus enjoy school more. During the first month in SBMH, Jenny had one of her most severe outbursts, resulting in her eventually balling herself up in the corner of her classroom. Jenny’s anger eventually turned to tears and she cried until she had exhausted herself while her team worked to comfort her. In an exhausted voice, Jenny finally said, “Please help me. I don’t want to do this anymore.” It was a turning point for Jenny that helped her team focus on helping her learn and utilize better coping skills, increasing her ability to self-regulate and process her emotions appropriately.

The team learned that control and independence were important concepts for Jenny, the young girl voicing how all of the big changes in her life happened without her consent. With Jenny’s participation, the team developed an incentive and rewards system which enabled Jenny to earn more independence at school when she employed a positive coping skill. Jenny loved the new system, and she seemed to blossom right before her team’s eyes. They praised her for her growing responsibility, and their words of affirmation worked to change how Jenny saw herself. Soon, her self-talk included phrases like, “I am responsible so I will follow my teacher’s directions.” Jenny was empowered—and she learned that she could better control her actions and the rewards that followed.

After months in SBMH, Jenny is excelling at school—reading at grade level and happily engaging in group projects. Her incidents at school have reduced to almost non-existent, so her teachers are planning to incorporate more mainstream classes for her next year. Her family has also incorporated a similar SBMH reward system for Jenny at home, which has greatly improved her relationships with her family, a critical component to her overall healing. While still the sensitive child, with improved skills, Jenny has learned one of the most important life lessons—success starts with believing you can do it!