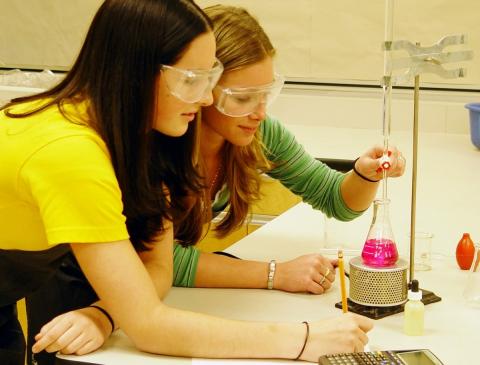 At 19 years old, Kacey found herself sitting down with her probation officer, trying to figure out what she was going to do when she was released from custody. She had a few family members in the area, but she knew they weren’t good influences if she wanted to stay sober and safe. And with no work experience, Kacey’s options seemed very limited. It was decided that Kacey transition into the THP+FC program to receive safe housing and vital support services. While skeptical that she’d be successful due to her turbulent past, Kacey met with her team and started mapping out goals—feeling hope build within her for the first time in a long time.

Before her team could focus on Kacey’s life goals, they focused on first meeting her basic needs—including her mental health and sobriety. With a difficult upbringing, Kacey had grown used to employing unhealthy coping skills, and she needed to relearn how to appropriately treat herself and others. Kacey started participating in different support groups, including AA, where she connected with other teens from similar backgrounds, all working towards healthier choices and better futures. Kacey also participated in Independent Living Program workshops where she learned a variety of new skills—from how to take care of her apartment to how to improve her interpersonal skills.

Kacey’s next goals were completing high school and finding employment—two goals which completely intimidated her. First, her team helped her enroll in a GED course to complete high school and then they explored a local community college. Kacey had never seen herself as a college student before, mostly because she lacked money and family to support her. When the team explored different careers Kacey might try, the idea that she could learn a whole new skill to eventually take care of herself became very exciting to Kacey. And after visiting college and meeting different foster youth already attending, Kacey eagerly enrolled in her first Biology class, hopeful that one day she’d become a Registered Nurse.

Moving forward in her education was hugely motivating to Kacey, and she took on the task of finding employment with a similar ambition. And now, after nine months in care, Kacey is taking more college prep classes while also working part-time on campus. But staying sober and focused on her future hasn’t been easy. More than once, Kacey has relied on her THP+FC workers to help her when she felt overwhelmed or incapable of succeeding. But each time she learned more about herself and more about the strength she possesses to keep believing in herself and moving forward. While she may still be far from the finish line, she trusts that she’s now at least moving in the right direction with the right support!