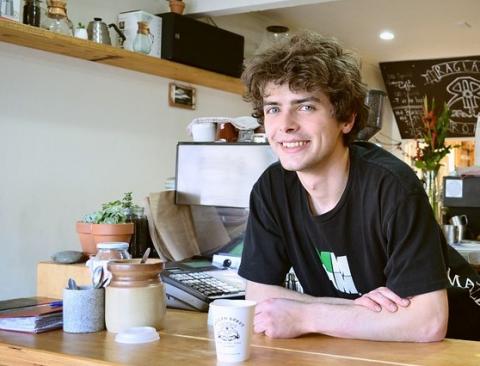 With no parents, Leo had moved between different family members most of his life. When he entered high school, Leo was living with his Uncle. The two butted heads constantly, some arguments resulting in physical altercations. For his safety, Leo was moved into Emergency Shelter Care. In care, Leo voiced his two greatest fears—one, that he wouldn’t graduate high school, and two, that with no family willing to help, he’d become homeless after emancipation. To meet his immediate needs and help him prepare for adulthood, Leo entered FCNI’s THPP program and moved into independent housing. Leo was nervous, but hopeful.

Moving into his own apartment with a Residential Assistant was a whole new experience for Leo, and he was quickly overwhelmed with newfound independence. Like most 17 year olds, Leo wanted all the perks of living on his own, without any of the responsibilities. Unfortunately, Leo learned the consequences of ditching school and partying with his friends early on—and his team supported him daily in making better choices so he wouldn’t lose his place in the program. Leo’s motivation in THPP was key—he needed to cooperate fully to learn critical life skills. And without family as a safety net, Leo eventually realized that his efforts in THPP were critical if he was going to have a future.

More adjusted to THPP, Leo set several goals, starting with making sure he completed his credits for graduation and obtained a part-time job to save for a car. Meeting these goals required Leo to learn how to prioritize his time, improve his interviewing and budgeting skills, and work on asking and accepting help from his team. Voicing his needs and trusting others were two difficult tasks for Leo, him having grown up with adults who often broke their promises. Leo was a kid who hadn’t wanted to “cause waves,” so he had a hard time expressing needs and trusting that they would be met. Learning that his needs were important and that he could trust others to help, were two important life lessons that Leo didn’t even know he needed to learn! Once he learned to accept offered help, Leo felt more empowered to achieve his goals—and six months into THPP, he found himself employed at a local coffee shop with a growing savings account.

Leo has been in THPP for almost a year now, and is looking forward to graduating soon—a major accomplishment! Next, he’ll transition into THP+ while he attends community college and figures out a career. For now, Leo is happily working, saving money and preparing for the next stage of his journey—ever moving forward with strong supports and much more optimism.