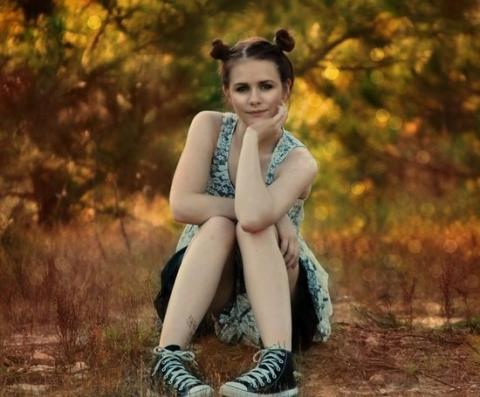 At 14, Roxie had spent most of her young life in foster care waiting and hoping for her dad to get sober. Untrusting and angry from multiple traumatic experiences, Roxie displayed a lot of challenging behaviors. When Roxie ran away from a foster home for the second time, she was moved into a WFC foster home with two foster parents and a support team trained to meet her high needs.

Coming into care, Roxie’s team asked her what goals she wanted to achieve. While usually difficult during team meetings, Roxie quickly voiced her desire to be reunified with her father who was currently in a residential rehabilitation facility. Roxie’s team agreed that they could work towards reunification, careful to stress that Roxie’s dad would have to do a lot of work in order for this to happen. Roxie was encouraged, and committed herself to cooperating with her therapist and RSs, sharing that she wanted to help her dad. While her team praised her empathy, they also told her how important it was for her own well being that she improve her coping and communication skills, and heal from past traumas.

Roxie and her WFC foster parents connected quickly. The couple identified easily with the tender girl underneath all of Roxie’s defensives. Roxie’s foster parents focused on creating stability for Roxie which included a lot of family-oriented activities, such as cooking and exercising together. Roxie grew to love this family time, especially hiking with her foster mom where she got to talk openly with her. Roxie made a lot of improvements in WFC from the get go, especially at school and home—she applied herself in new ways, hopeful that if she did well, her father would get well, and they’d soon reunify.

Unfortunately, life is full of hard lessons and Roxie’s dad wasn’t able to care for her again. Reunification became impossible and another placement for Roxie needed to be secured. Roxie’s team focused on helping her process her disappointment; they feared that Roxie would relapse into old habits in light of her hurt. But Roxie surprised even herself. She told her team that while she was sad, she was thankful for the relationship she’d built with her dad during her time in WFC. She now knew how to voice her needs to him and she trusted that he really did love her. Ultimately, Roxie was thankful for the new way she saw herself—as a strong, capable person worthy of good things.

For now, Roxie is happy to live with her foster parents until she is ready to transition into a TAY housing program. While she isn’t sure what her future will bring, Roxie no longer feels like she’s just “waiting and hoping.” Rather, Roxie knows that she’s busy building and planning—and that feels amazing.